Its been a long held ambition of mine to catch a Salmon from my local River Irwell. A flight of fancy maybe and until the late 1990s an impossibility. But since Salmon started to make a reappearance in the Mersey system in the early 2000s, and with Irwell water quality improving beyond recognition its no longer the impossible dream of my youth.

I’m pretty sure that we are getting small sea trout making it up through the 3 lock gate system on the Manchester Ship Canal at Irlam, Barton and Mode Wheel, however I’ve still never seen any evidence of big silver tourists.

So late on in 2015 a couple of students from Salford University asked me if I would be the subject of a short film,, and seeing as though they approached me in November I thought it would be a great opportunity to highlight the case for Salmon in the Mersey / Irwell system.

All we need are 3 fish passes – and hundreds of miles of new habitat will become available..

anyway enough waffle – have a watch of this

And for those who want a great still shot of a Mersey Salmon attempting to reach the best spawning grounds here is a lovely pic which I found of a Salmon jumping the weir at Roman Lakes near Marple on the River Goyt. 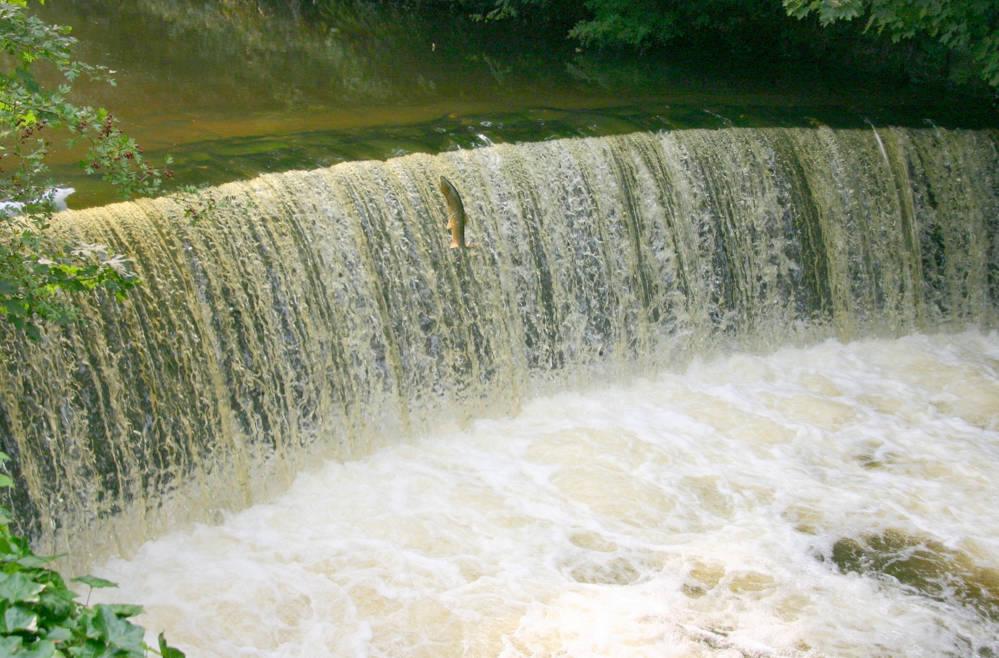