FC Utd And The Fenix Part 2 (the latest bit)

FC Utd And The Fenix Part 1  (the first bit)

After the excitement of the away to trip to Poland, the clubs league form took a turn for the better, with FC only losing 4 games in the following 4 months… and as the club moved slowly up the league, so the anticipation for the next Fenix game rose too.

Plenty of online tales of the exuberant excesses (piss ups) in Warsaw were shared on social media, and these along with the amazing crowd photos wetted the appetite of those who hadn’t travelled to Warsaw.

It took quite a while for the return match to materialise October through until March but the wait was well worth it, as we also had the anticipation of a future trip to Milan, and a final in Rimini.

We invited our Polish friend Gniewomir and his family to come and watch the match. 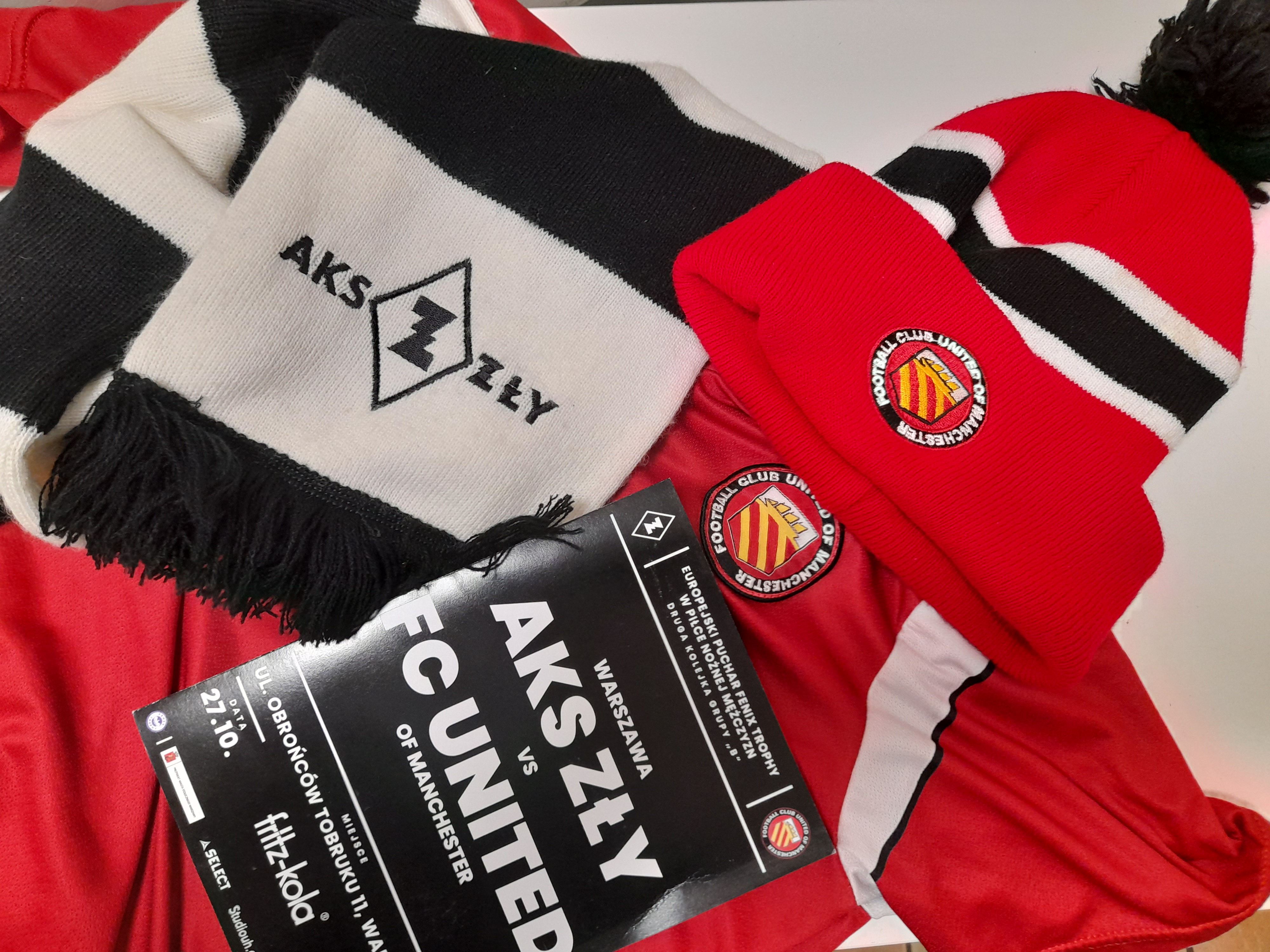 The match itself was a bit of a one-sided affair with FC 7-0 up at halftime and ran out eventual 10-0 winners. However it wasn’t the result that really mattered (easy to say when your team wins 10-0) it was the friendships created between two sets of supporters 1500 miles apart but with shared values of being against modern football. A great crowd of 1,250 enjoyed the game.. a tremendous crowd for a match between two non-league teams.

Highlight of the game was watching the AKS goalie complete a set of memorable point-blank saves capped off with the ball smashing him in the face to prevent a 5th goal. His name was Diego Sesar De Hoyos,,, a real character who after being subbed off at half time spent the second half with the FC fans singing songs on the main stand terrace.  Diego became a firm favourite of the FC fans – and there’s more to be written about Diego in the next instalment of this trilogy of football posts… so watch this space.

Yet again, the AKS ZLY fans who travelled over en masse from Warsaw did their team proud .. forget the score line, they sang and chanted through the full 90 minutes and beyond. Their chants and banter reflecting their disapproval of the recent invasion of their neighbours in Ukraine by Russia.

Now we had completed a home and an away fixture against the team from Poland – FC were sitting proudly on top of their group. There were two other teams in Uniteds group AWS from Amsterdam and Brera from Milan in Italy. The Dutch team had withdrawn from the competition due to strict Covid restrictions in Amsterdam.. which left two group matches left against the Italians home and away, before the finals weekend in Rimini on the Italian coast.

First up was the away fixture in Milan. I’ve never been to that part of Italy before and neither has Mrs FF.. so she wheedled and connived her way onto the plane and it became a mini family break.. and very different to the lads and dads trip over to Poland. (less beer and late nights, more healthy eating and sightseeing).

First off was a couple of nights in the Italian Lakes …. very nice very (too) expensive… we move on quickly to the football in Milan.

We arrived same afternoon as the match … and after checking in to our hotel, the girls went off sightseeing, leaving Tommy and I to walk the short distance to the ground. Now we are used to the non-league grounds of the North of England, rugged, windswept and mostly shite. This was something else… designed by Napoleon Bonaparte in 1807 – the Arena Civica was something special. Once the home of Inter Milan, and it hosted the first ever Italian international match vs France in 1910.

The match was great FC beat Brera Calcio 1-3 it was a great night … the Moretti was flowing, the entire repertoire of FC United songs were sung, the stadium was massive and the pitch seemed so far away in comparison to what we were used to. The flares which are banned in the UK (but not in Europe) were set alight and 500 FC United fans had the time of their lives. 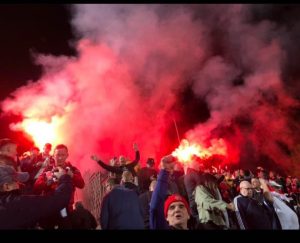 The only disappointing thing about this match was the virtual complete absence of home supporters. After the great connection we made with the fans in Warsaw, the lack of home fans attending the match in Milan was a big let down.. and this was also the case for our next match against Brera at our home ground in Manchester.

The match in Manchester was watched by 870 fans, and was won 2-1 by FC United who topped their group with a 100% record and were in the cup final in Rimini in June.

Just a quickie to say that FC are currently TOP OF THE LEAGUE – and playing well. If you’d like to come along to a match with me Tommy and Phil… drop me a line on social media and we can make it happen.