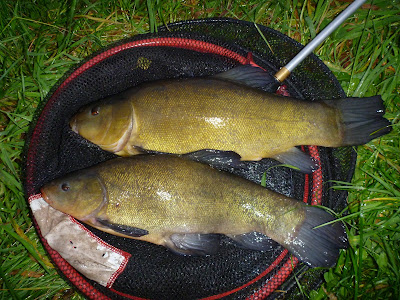 I’ve recently been spending a fair amount of time fishing on the Rochdale Canal – a venue where I spent alot of time fishing with my father as a child. Back in the day, our quarry was the incredibly large roach which used to inhabit the canals crystal clear water. I have forgotten now how many roach over 2lbs i caught from there but still have memories of catching one on a 9ft bamboo garden cane rod, after hiding myself in a tree.
Since the re-introduction of boat traffic to the canal, these mega roach seem to have disappeared, along with the crystal clear water – nothing stays the same indefinitely – some people call it progress.
Maybe at the expense of the large roach, the tench population seems to have soared over the last 20 years or so, and its these tench which i have been recently targeting.
I’ve been trying out various combinations of baits recently – starting off very successfully on maggot over micro pellets, then switching to hemp and caster which didn’t seem as productive, 6mm expander pellet over micros saw me catching a few fish but I’ve now finally settled on bread flake over 2mm and 4mm pellet as the killer technique.
Yesterday evening I had two cracking fish, and in the last couple of weeks I haven’t had a fish under 2 and a half pounds – which is amazing fishing for a canal.
The swims have also been interesting – some are much more productive than others – and also some are more homely than others – as this picture from last Thursday afternoon shows the contrast between my swim, and the 5* swim (including bench, flower beds and faux water pump) which Paul nabbed.  My swim despite its rustic nature had tench in it though. 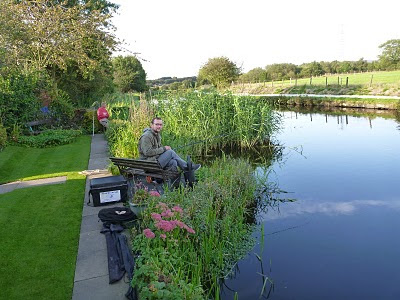 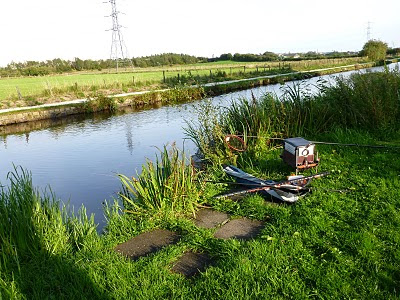 I’ve also had to uprate the elastic on the pole I’ve been using to a 16 – as the better fish fight like stink and are very canny at throwing the hook in the marginal rushes. 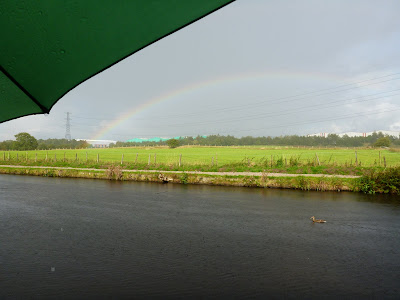 There seem to be definate feeding spells at the moment – its possible to sit for ages without a bite – then two or three fish come in a short space of time. Usually at the same time of day.
I’m not complaining though, i just cant get enough of this place at the moment.