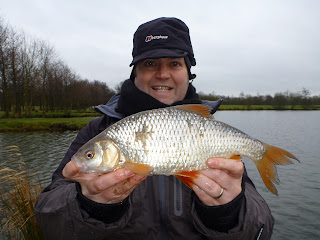 In pursuit of the 2lber, I met up with Phil K for a day on some old gravel pits we know half way up the M6 towards Lancaster.
Though the temperature was warmish (12 degrees) the wind chill saw us shivering by lunchtime so we called it a day quite early on.
I had an 8 ouncer on caster first cast, but then had to wait til just as we were packing up before I could get another bite.
Phil used waggler red naggots and had a few nice roach to 1lb 8oz, and also a new personal best tench of 5lb 11oz – well done that man! 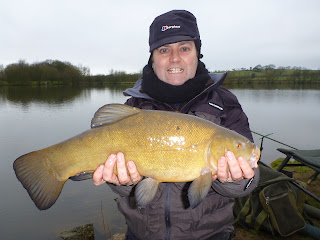 Its a carp lake that has a good head of coarse fish which are generally considered a nuicance by the locals – I’ll be back hopefully on Saturday.