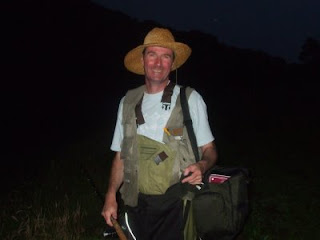 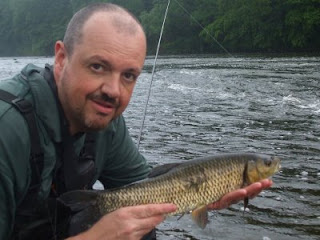 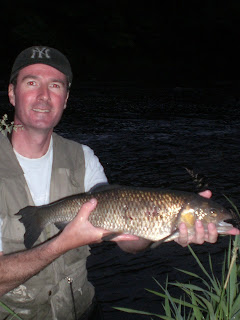 As the river was low and slow, Tony and I decided to fish swims higher upstream which had a bit of pace in them, and also a bit more oxygen in the water. Tony who knows the river like the back of his hand predicted that we would catch some nice chub, and he wasnt wrong – we had a dozen between between 3 and 6lbs.
A couple of small trout and Tony also took a nice Barbel from some very shallow water.
I found a nice straw hat in a field on the way back to the car, which i immediately tried on for size. Finding it a perfect fit i decided to keep it, much to Tonys amusement.
In certain cirmumstances a picture is worth a thousand words. 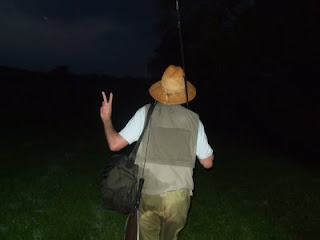