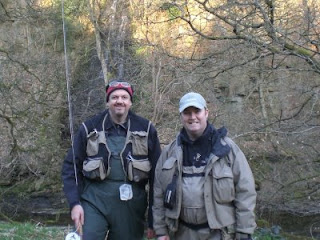 The sun was shining and I’d arranged a few hours on the river with Phil & Tony. With a spring in my step i was really looking forwards to an afternoons fishing. Rather than fishing the usual pools and runs I decided to have a change and took advantage of the low water conditions by upstream nymphing my way through a section of river thats virtually impossible to access during normal flow.
I had really good fun slipping and sliding over the boulders and was rewarded by catching some lovely small brownies from the little pots and runs I found.
None of fish were any size but I was compensated by their beauty and the tremendous fight that they gave in the fast boiling water. 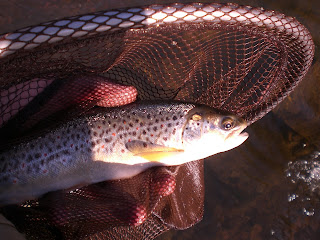 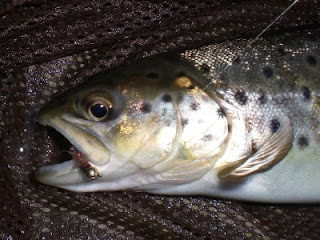 Phil-K joined Tony and I later in the afternoon, and we decided to have a mooch upriver to try our luck on one of the deeper water sections. Phils luck was certainly in as he caught this cracking brownie of 1lb 15oz – a new personal best – congratulations Phil. 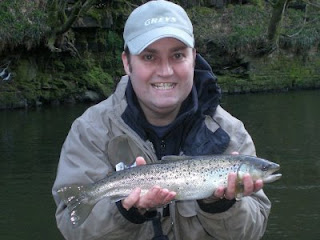 It an unusual feature of this stream that the fish often have a very silvery hue at this time of year.