I tried not to book in any work this week, but one appointment slipped the net. So this morning I was up at the crack of dawn to make a 9am meeting in Northampton which was only scheduled to last for 45 mins to an hour.

Now Northampton is a long way to travel for a 45 minute meeting, so rather than drive straight home I arranged to meet up with fellow blogger Jeff and see if I could manage to catch my first ever Silver Bream.

Silver Bream are a species not found in the Northwest, as they are something to do with our pre ice age connection with the River Rhine and are generally only found in rivers flowing East. They’re a species of fish which I’ve hunted for high and low, and was slowly resigning myself to a long long trip to Mill Farm Fishery in Sussex where they seem to be found in abundance.

Now Jeff has been catching Silver Bream on his local canal on an infrequent basis and very kindly offered to meet up and put me on a swim where hes had them in the past, so after a quick change from suit and tie into my fishing scruffs in a canalside layby I made my way to the area which was reputed to hold a shoal of fish.

I set up a straight bomb rod with an 18inch hooklength, double maggot on a size 18 hook, and cast out to the far bank under an overhanging tree.Next job was to fire in a few pouches of maggots over the top and set up a pole line down the central track – again a light 0.3g float and a single maggot on a size 20 hook.

It wasn’t long before i had a liner on the bomb rod, and next cast, out of the corner of my eye watched a sharp rap on the tip turn into a slow pull round. No need to strike, just wind slowly into the fish and i thought i had a skimmer on the way into the landing net – until – it rolled over at the net and showed its bright silvery flanks and red pectoral fins. Yes – how lucky am I – first proper bite, turns into my first ever Silver Bream – and not just any old SB, but a specimen which weighed exactly a pound. 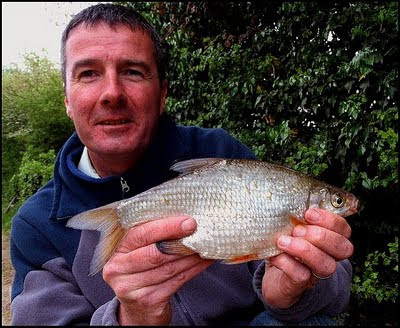 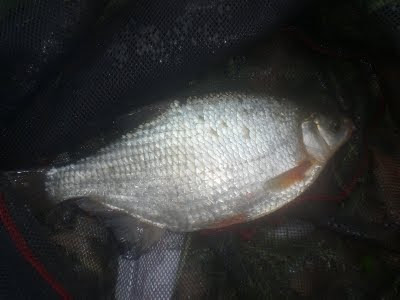 I then had a perch on the bomb of about 8oz, but i really wanted my pole line to come alive, so I balled in some ground hemp and brown crumb, and 15 minutes later my float slid away into another Silver Bream of about 10oz. None for 40 years then 2 in an hour! 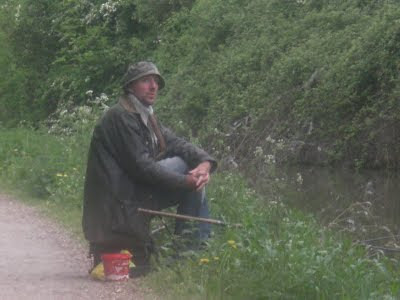 The remainder of the afternoon only resulted in standard canal fayre, loads of perch to about 8oz, a little skimmer and a roach of about 12oz. I also had a little 1oz roach which i lip hooked as a livebait to see if I could tempt a Zander but by now i think my luck was well and truly used up with the Silver Bream so the Zander will have to wait for another day.