The blogs been quiet recently – to be honest I’ve been run off my feet with work – aiming to get a couple of things finished by early July – only to fall of my bike and injure my back the day after I’d cleared the decks.
As a result, theres not been that much activity – I had an evening on the lower Irwell with the chaps from Salford Friendly Anglers. Everyone caught a fish or two and I had this lovely brownie which went just short of 3lb. 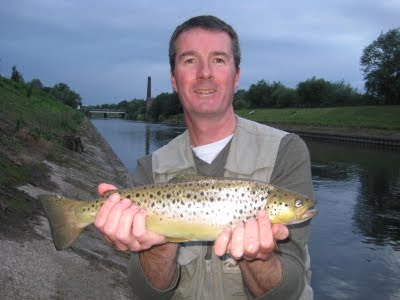 A few sessions on some of our local lakes with Paul, Drinkwater Park Lake for the jack pike which infest the place, a couple of local farm ponds for rudd and crucians (we blanked), Heaton Park boating lake for old times sake (we blanked) and I had my first ever session on the lakes at Heaton Park golf course (we bagged up on quality roach). I had a day on the Ribble with Paul – I seemed to catch one of every species going – the only species i didn’t get were salmon and grayling. 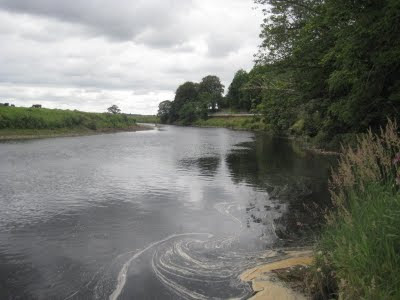 And an another evening on the Irwell near the city centre with Nick – I blanked, he had this lovely little brownie on the dry fly. 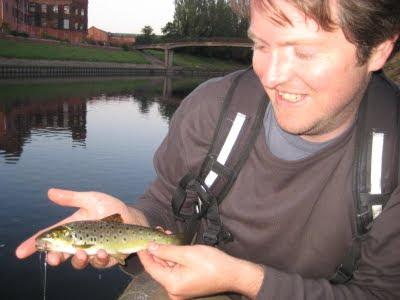 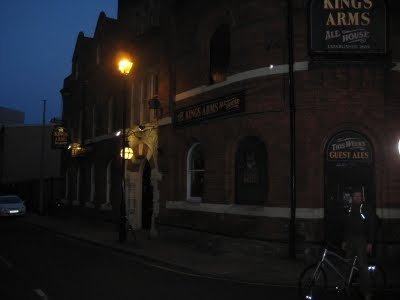 I’ve smashed my all time species list record – now up to 27 species!

I think my back is on the mend (falling off my bike and busting my okuma reel, Youngs barbel rod and my back wasn’t the best way to start the summer) and thanks to Colin Leatherbarrow for fixing the rod:) 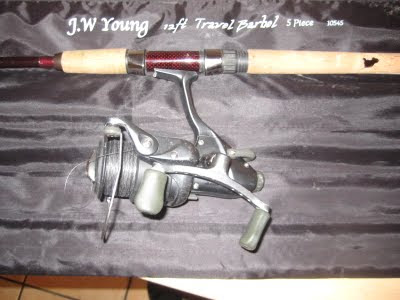 Lastly – I got so bored during my enforced lay off – I bought lots of new bits of kit from ebay etc – so hopefully I will be getting to try them all out over the next few weeks and share the outcomes with you all.
manchester fishing Irwell Ribble Trout