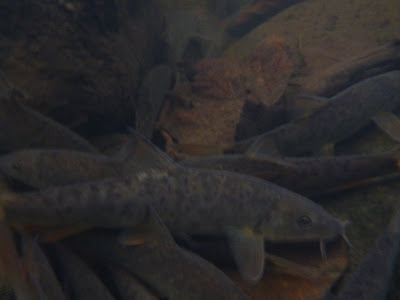 After so long chasing just one – a couple of hundred turn up in an afternoon!

This afternoon – I received a phone call from Ian Hayes of the Environment Agency asking me if I would like to be present at the first stocking of Barbel into the Irwell in over 20 years. Would I!!! 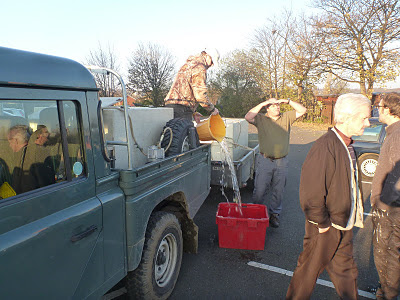 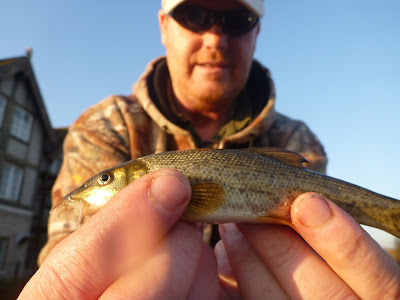 I knew a couple of other who would jump at the chance of being present – Paul of Salford Friendly and Albert Morris of Salford Inter Clubs so a quick couple of calls giving the time and meeting place – a few eager anglers were waiting for the EAs landrover and trailer to arrive.

A couple of hundred of these little beauties were carefully introduced to their new home. 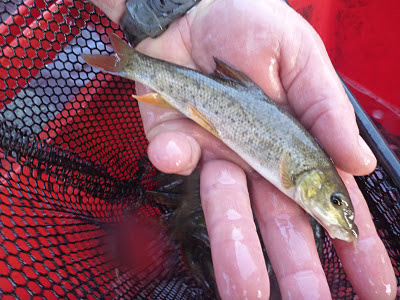 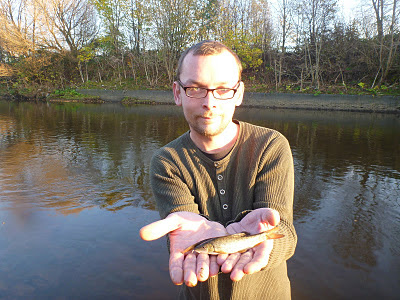 The EA are really doing their bit on the Irwell at the moment – its not only down to the DEFRA pilot project – these fish were ordered a long time ago – and theres more to come over the next few years to be restocked at various points along the river between the city centre and Bury.
I’ve spent many an hour (as I’m sure many of you have too) in pursuit of the elusive Irwell Barbel as 100 were originally stocked in 1990 at the junction of the Irwell and the Croal. There have been occasional captures over the years with most now having died off and not many which have bred on.
Hopefully the EAs stocking program will change this, with fish being introduced throughout the system between now and 2014.
I’m glad I was there, if only to see the Alberts face has he released the first net of fish. 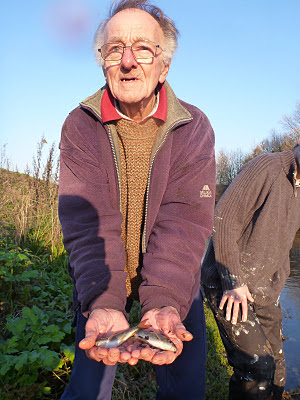 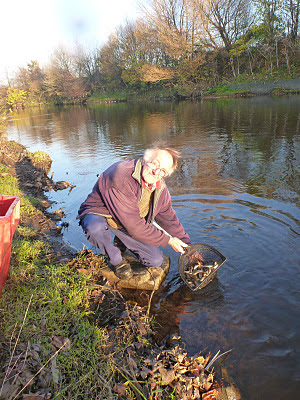 These fish will probably disappear for a year or two – and then maybe start re-appearing around the 2 to 3lb mark and bring  a conclusion to my not so vain dream of my first Irwell Barbel. Bring it on 🙂 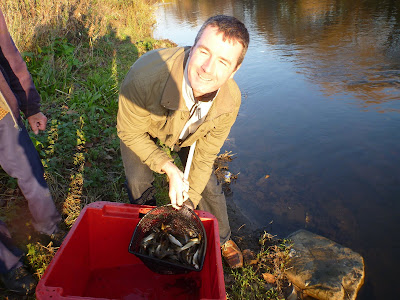