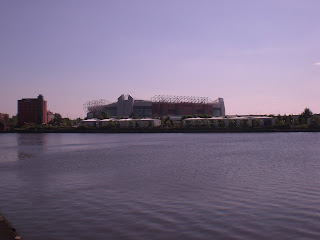 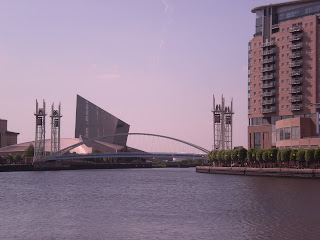 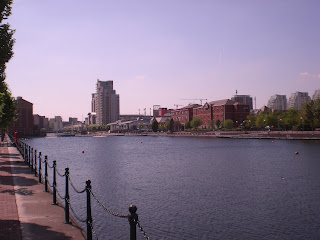 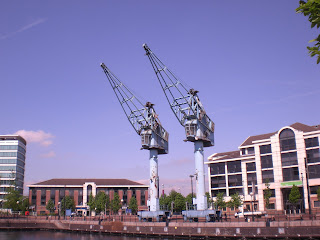 The Quays are the point where the River Irwell joins the Manchester Ship Canal, and like the rest of the river basin, its only been during the last five to ten years that the water has had a sufficient oxygen content to enable it to support a population of fish.

During a lunch-break walk around Salford Quays earlier this week, i saw shoals of carp, rudd, bream and also the occaisional pike. The clarity of the water was amazing, and it was possible to see the bottom 20+ft down. To say that it was similar to watching fish in an aquarium would be an understatement – i have never seen fish in the water as clearly as this before.

My grandfather used to work as a policeman at these docks during the Second World War, i am sure he could never in his wildest imagination believe how this place has changed.

Its been over a week since i have been fishing so it was a good feeling to finish work early and get out on the bank.
The skys were clear, the sun was out and i could see shoals of fish patroling in midwater around the Quays.

I was quickly into a couple of small perch, then a few nice Rudd and a smallish tench. 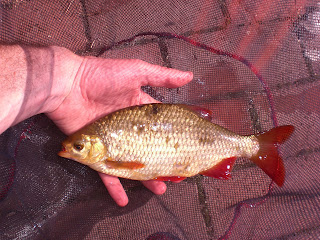 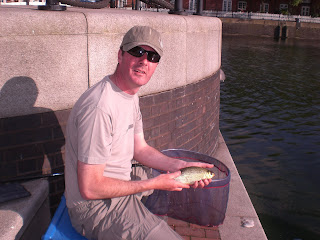 When Phil arrrived at 6pm he must have but some sort of a voodoo curse on me, as i didnt catch another fish for the rest of the evening. Phil however proceeded to catch6 more tench including a new personal best of 4lb 3oz. Congratulations Phil. 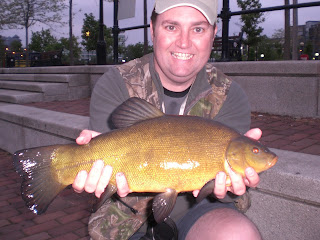 It was amazing that my bites dried up like that, i changed to a smaller hook and finer line but i couldnt buy a bite. At the same time Phil who was fishing less than 10feet away was catching fish after fish. The difference in our tactics was that Phil was using a float set up with slightly less resistance as his weights were attached using a running link whereas mine were attached directly to the main line. However he was using double maggot on a size 16 hook and i was using a finer hooklength with a size 20 hook at the end and still couldnt get a bite. I never put things down to being one of those days and am going to have bit of experimentation with set ups similar to Phils running rig before i go again.

It was a nice change to coarse fish on still water again, but its off to the river again this weekend.