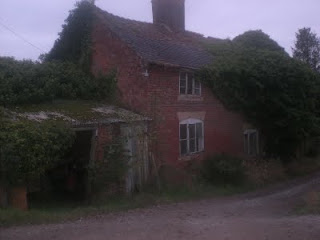 After suffering so many blanks over the last month or two I’d really been looking forwards to Big Daves annual trip to his mates farm pond. Tucked deep away in rural Shropshire its a hell of a venue. A lovely setting, good company and a lake stuffed with big, hard fighting Rainbow Trout.
After an early start, we were fishing by about 9am, I started using a black leech pattern which is the so called “killer pattern” on this water. However despite getting alot of plucks on the fly I only landed 1 fish on this fly.
As soon as I swapped to a fry pattern the fish really went wild, and I ended up having to take it off as i was catching so many fish.
By lunch time, I must have had a good 20 fish to about 4.5lbs. What a session. I didnt expect this amazing sport to continue into the afternoon, as last year the fish seemed to turn off after lunch.
After scoffing Phil Ks ginger cake (cheers Phil), I changed tactics by using a bloodworm pattern under a suspender buzzer. This worked a treat, and by the end of an arm aching, rod bending day I smashed my record for the number of trout caught in a day by taking well over 50 fish.
Phil K also had a red letter day taking more than 30 fish on an Invicta pattern. 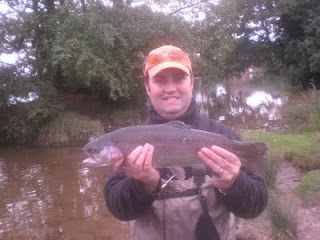 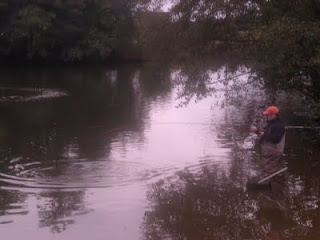 Last year, i thought that this was a special venue after taking 7 fish to 5lbs in weight, this year was beyond expectations.
Thanks for the invite Dave!!
manchester fishing Irwell Ribble Trout