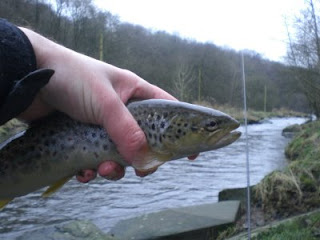 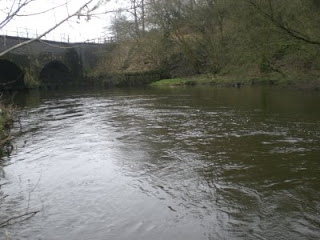 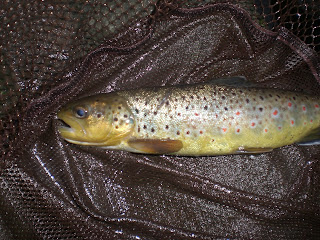 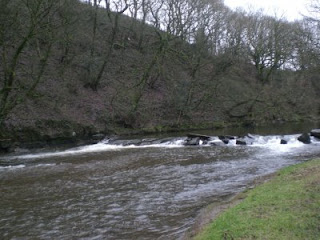 Its a fact of life that canoeists and anglers often don’t rub along well together. Anglers who pay for the privilege of accessing the riverbanks are regularly disgruntled by the fact that canoeists often flout the law and float down our waterways without a care for who owns or maintains them.
Many angling organisations expend huge amounts of resources in improving habitats so that fish have the opportunity to thrive and so that they have suitable spawning sites. It irks many anglers that canoeists frequently paddle over these sites as fish are spawning, and that they frequently scrape the bottom of their crafts over the redds the fish have prepared to lay their eggs and for the eggs to hatch into fry. Whilst its difficult for anyone to object to someones right to paddle their canoe and enjoy the countryside from the unique viewpoint of lowdown in the centre of a river, its easy to object to the idea that canoeists should have the right to paddle down any river they like without contributing to the upkeep of that river.
My local river is a different story, after nearly two centuries of industrial pollution, the local authorities actively encourage all groups to take advantage of the cleaner water. To this end, they have set aside an area in the upper river valley for canoeists, and have managed the river bed, creating weirs, shutes, rapids, slaloms and other similar features purely for the benefits of the paddler. I have often walked this stretch, and in the summer its fantastic to see so many people enjoying the river.
Fishing is not encouraged by the council in this area, and many a fisherman has been asked to move on by the local park rangers despite their being no signs displayed to the contrary. However i know that the stretch contains big chub, and this morning i decided to give it a try for the first time. My thinking was that there wouldn’t be any paddlers out in the cold water at this time of the year.
My set up was my usual river tackle, trotting rod, centre pin, stick float, and a size 16 drennan forged wire hook and a pint of mixed maggots. I started just as it got light, at the tail end of a weirpool at the top end of the length, and worked my way downstream past the car park, and as far down as the railway bridge. I caught brownies from every pool, but unfortunately couldnt find any chub. It was great fun as the trout were hungry and seemed to be competing to take my bait. Maybe maggots was the wrong choice of bait, bread might have been more selective when targeting chub.
By the time i’d worked my way down the half mile of river, i had taken over 20 trout. Many of the swims where i only spent 10 minutes, looked as though they will produce some tremendous sport on fly tackle next year.
I packed up at about 11.30 and headed off to the office. I think that I’ll be returning for a few early morning or late evening sessions next summer when the days are longer – and hopefully avoid upsetting my paddling friends on their wonderful playground by fishing either when they’re still in bed or when they have finished in the evening – after all i dont want to upset anyone do I. 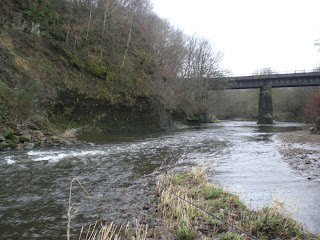 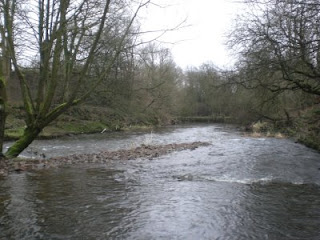