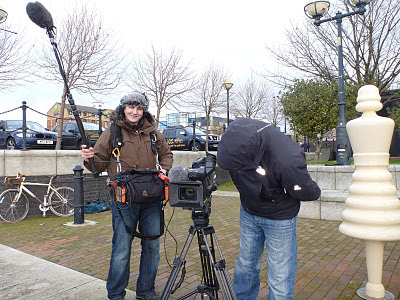 I was recently contacted by a BBC researcher asking if I would do a days filming on the Manchester Ship Canal near the BBCs Media City complex about blogging and angling for BBC Learning.
So yesterday morning saw Nick (Angling For Something), Paul (Salford Angler) and myself tackled up and miked up on the turning basin of the MSC with film crew in tow.
Nick and Paul set up a couple of Pike rods in the hope of a televised glory moment, I set my sights lower and fished waggler maggot with the hope that any old fish would do.
In true blogger fashion – we all blanked!
But at least the BBC now have a record of some of the best anglers excuses available:-
Wrong time of day
Wrong time of year
Water too cold for fish to feed
Wrong type of water
Etc Etc

The guys from the film crew took it all in their stride – at least it wasnt raining.
All day to make a 5 minute clip – which will be available online sometime in Febuary – I’ll post the finished clip up on here (if i like how they edit it).

Theres very little angling coverage on the BBC which to be frank is a disgrace considering that angling is the UKs largest participation sport by a considerable margin. More rod licences were sold in 2010 than the total population of Birmingham. 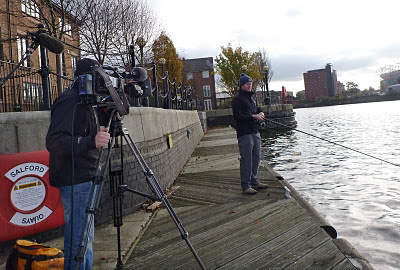 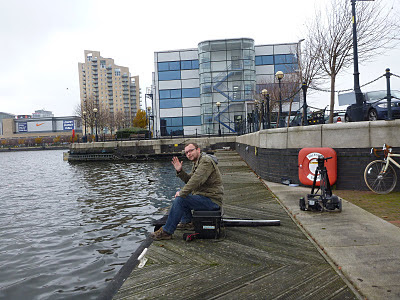