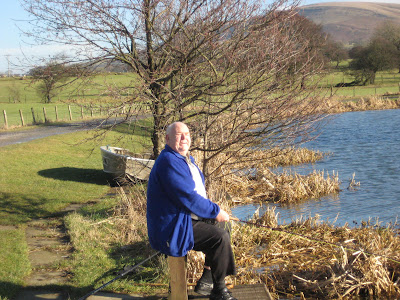 The first was on Thursday, spent in the company of Big Dave up at Pendle View trout lake. I dint get a touch in two hours – the first time I’ve ever blanked there. I didn’t feel so bad, as so did the other two anglers fishing the lake.

Fishing buzzers under a bung, i would normally expect to catch a few rainbows up at Pendle, its an easy well stocked fishery but Thursday mornings must be the trouts morning off.
The only pull of the day came to Big Dave, back on the bank after recent illness – and he missed the only half chance of the day. A nice bracing sunny day though.

I’ve been busy recently buying new bits of kit for the coming year. A lovely Youngs 12ft avon rod was delivered this morning, so i had a trip down to the local pond to see if I could christen it with a Pike.
I did ! 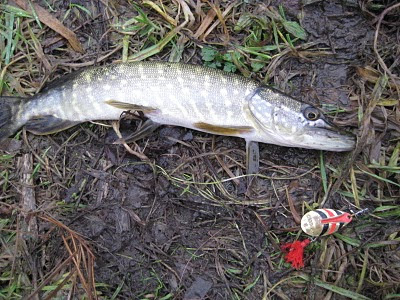 But only with this little Jack of about a pound.
Lots of jacks but no ladys coming out at the moment. Paul was down there with a few dead baits but didn’t get any action – i am beginning to think that the better fish have been eaten/removed as I havent had anything over 3lbs this winter. 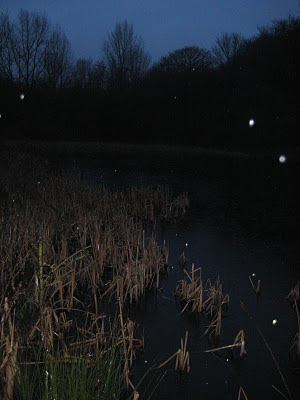 We finished the day off at Waterdale, another lake which used to hold some tremendous pike. I worked the whole lake with lures into the dark without a touch, and Paul didn’t get any interest on his dead baits. Yet another lake which is a shadow of its former self – sad really.