I made it out this afternoon for a couple of hours to a small lake close to home. The temperature was cold as you might expect at this time of year,, and the water temperature was a chilly 3 degrees so I wasn’t really expecting much other than a bit of fresh air.

This lake has a good head of tench and carp – but there wasn’t much chance of them feeding – so set up with a very light end tackle of size 22 hook to 0.07mm hook length. Bait for the session was some old maggots that had turned to casters. I tipped them in water and was disappointed to find that 3/4 of them were already floaters – so I didn’t have much loose feed to play about with. I had some crushed hemp at the bottom of the box – so i fished caster and hemp setting my stall out for a few roach…

Which for a while appeared to be a bad decision as it took me an hour to get my first bite – and then it was from a bream.

I then managed to bump two more bream in the next 10 minutes and predictably the bites then dried up.

I swapped to a different line at the edge of the far bank rushes and then thankfully found the roach – getting half a dozen fish to 8oz in the last half hour before home. 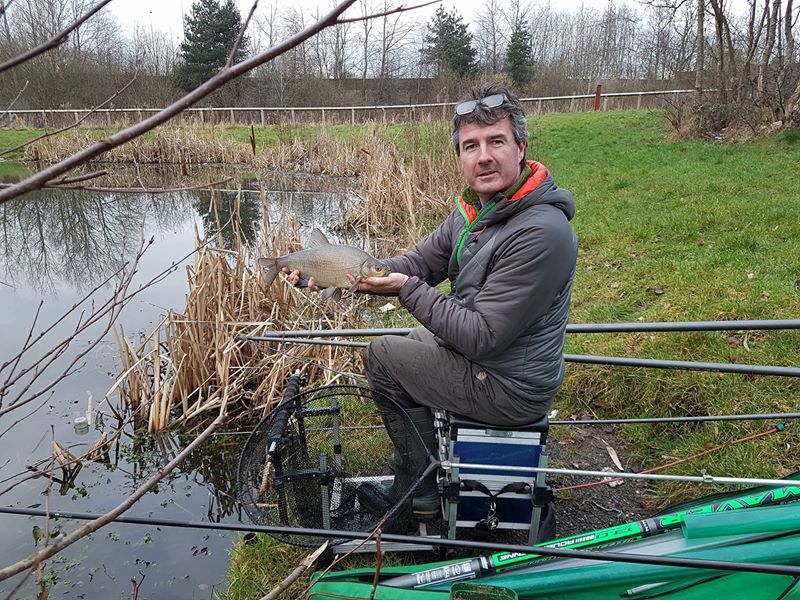