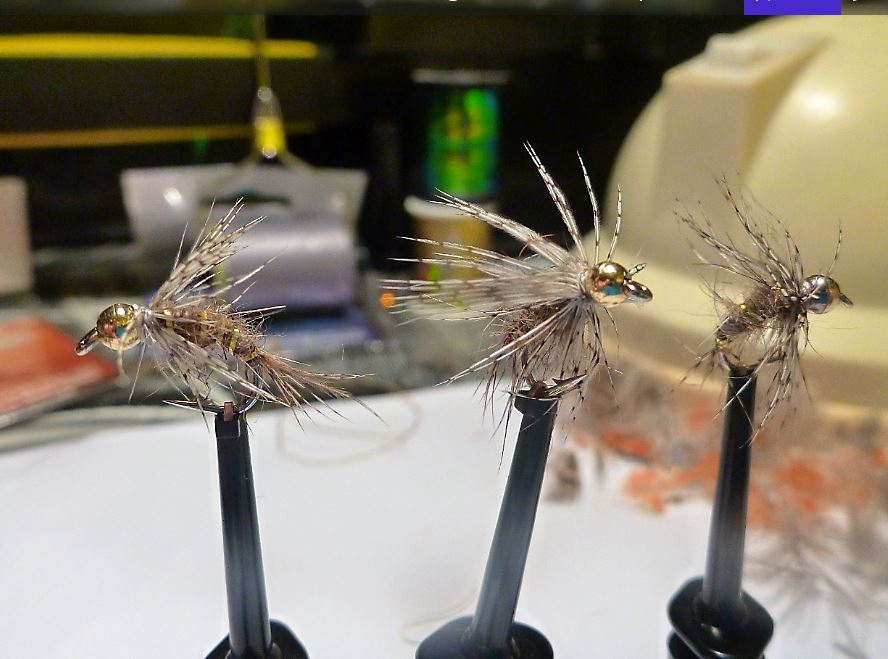 Its been a while since I opened my fly tying kit box – but pictures of friends fleas on facebook have inspired me to get the string, fur and feathers out again.

Being an avid upstream nympher I absolutely adore shaggy heavy point flies so naturally this is where my evening fumblings were focused.

Partridge hackle, hares ear body, gold tinsel and a size 14 curved hook, 3mm gold bead….. nothing too technical – but I like a bit of flash.