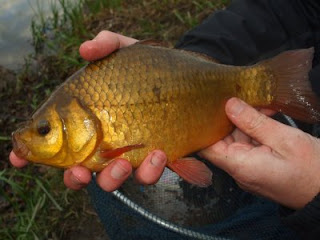 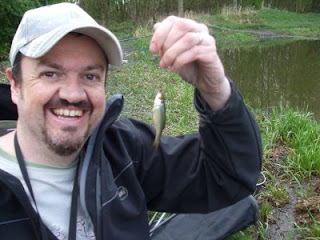 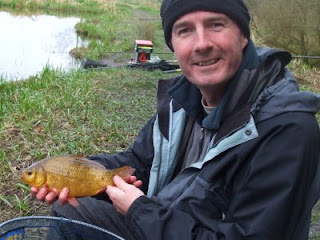 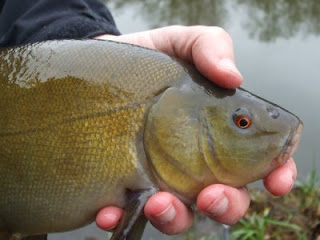 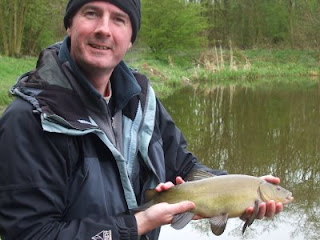 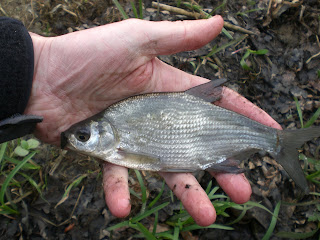 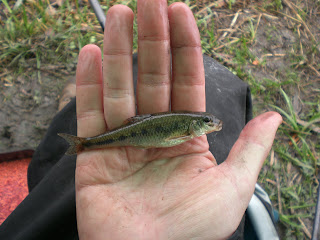 Tony and I fished Square Lodge in Hindley this afternoon, and caught some lovely fish. I fished two lines, a pinkie line and a pellet line.
I fed the pellet line first, and left it to develop whilst i bashed bits on the pinkie line. I had 10 fish on the pinkie line (at 5 metres) on my first 10 put ins. Small roach and skimmers just can’t resist a flouro pinkie, and its great fun anticipating the float burying and getting into a catching feeding rhythm.
After an hour or so, the line slowed so i changed rig to a thicker tipped float and a larger hook and put on a 4mm green swim stim soft pellet. I had no idea if these pellets would work as they have been sitting at the back of my tool shed since last Julys trip to Shropshire.
First put in on the pellet line at 7m saw me catch a slightly larger skimmer than i had been getting on pinkie, and the second put in saw my No6 elastic stretch out and a 2.5lb tench grace the net.
I was enjoying building a decent mixed net of fish, but was really hoping to catch one of the lovely crucian carp which inhabit this water. A switch to strawberry pellet saw the crucians come on the feed and i caught two little crackers.
Tony who joined me half way through the afternoon also fed two lines, one chopped worm the other liquidised bread. He caught a much better stamp of roach and skimmer on chopped worm than i had been getting on pinkie, and when he tried pinkie he soon found out why i had swapped over to pellet (see above photo of monster roach). Towards the end of the evening Tony switched to pellet, in the hope of tempting a little bar of gold, but the skimmers had settled in his swim and snaffled anything he put on the hook.
Square Lodge is only a small water, but its a joy to fish. Today i had gudgeon, rudd, skimmer bream, tench and crucian carp – a real mixed bag.
manchester fishing Irwell Ribble Trout