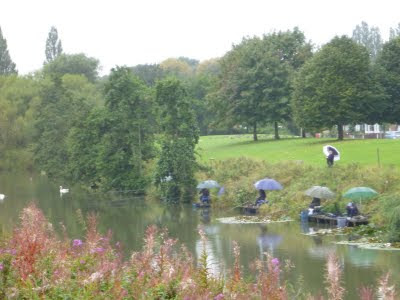 I dont fish many matches – its a form of angling that I’ve never really go into. However Salford Friendly Anglers Society are in the process of being granted the lease for the River Irwell Old Course in Irlam. Once a loop of the main river, now a still water after being chopped off by the construction of the Manchester Ship Canal.
This water suffered a terrible pollution incident in July 2008 when raw sewage backed up from a drain and overflowed into the Old Course killing thousands of quality tench, bream, carp and silver fish.
As a consequence the controlling club, Boathouse Anglers lost the majority of its members and no longer controls the water. However – there are a few chinks of light – and local kids have started catching silvers on a regular basis, some big eels have been caught, and pleasure nets to over 10lbs have been reported.

Salford Friendly Anglers Society decided to hold a fund raising match on August Bank Holdiay Monday and we cleared out about 10 overgrown pegs a couple of days beforehand – together with the already accessible ones to give us a total of about 20 fishable pegs.
16 of us turned up this morning.
I drew peg 33 at the deeper end of the lake and had a little roach on single pinkie first put in on the 6m line. A few more followed and after about an hour i had a dozen fish in the net and was well out in front of the others. Sadly there was another 3 and a half hours to go where i didnt get another bite. 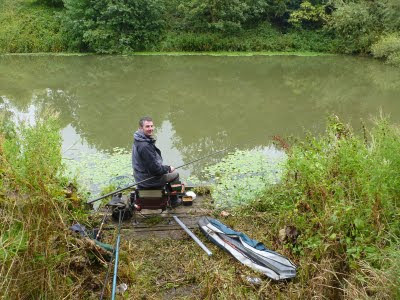 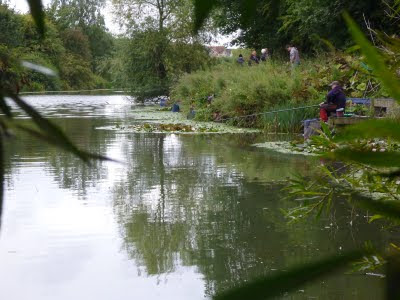 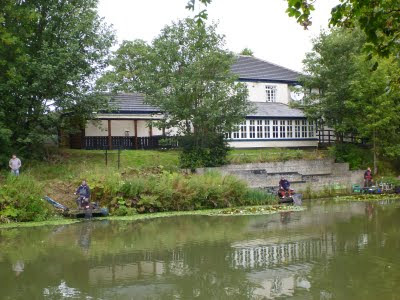 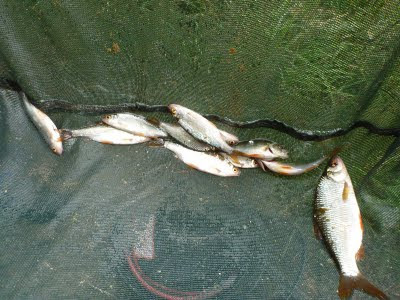 Most people caught, though the weights were low. Ken was the clear winner with 1lb13oz of roach on punch bread. In second was Chris Carr with an eel of 1lb3oz, then in 3rd Paul Carr with 1lb 2oz of little roach.
Not big weights, but people caught along the entire length of the venue. 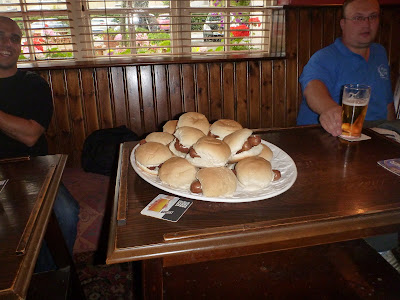 Despite the low weights – most had a thoroughly enjoyable day – which we hope to repeat on Saturday the 1st October.