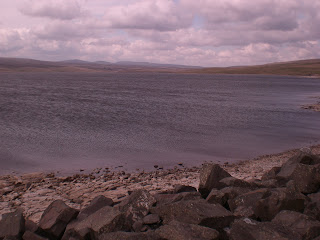 Having promised Lucia a day out together without me spending some part of the day fishing, i couldnt believe it when she told me the she wanted to visit the waterfalls of High Force and Cauldren Snout. Both of these falls are located on the River Tees in North Yorkshire and are located in prime brown trout territory.

It was a great place to go for a walk as the wild flowers in Teesdale are something to behold at this time of the year. I even managed to locate some Blue Gentians, which are extremly rare in the UK.

To get to Cauldren Snout we had to park in carpark of Cow Green Reservoir, a famous wild brown trout lake. Despite the gale force winds, i could see three hardy anglers braving the elements. Despite being on my best behaviour it was touch and go as to approach them to make enquiries as the the quality of the fishing. 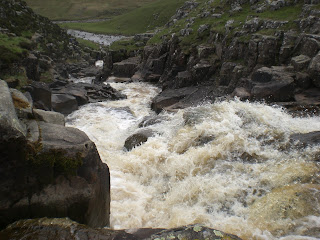 I could see plenty of fish on the River Tees, and despite the 125 mile drive, it would be somewhere i could easily return to cast a line. The scenery is spectacular in this remote, sparsely populated part of the UK.

Our walk eventually took us to High Cup Nick, which is the viewpoint at the head of what is in my opinion THE classic hanging valley in the British Isles. The strong winds that we had experienced for most of the day became extreme at this point as can be seen from the photo, it was difficult to remain standing. 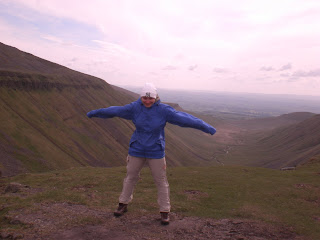 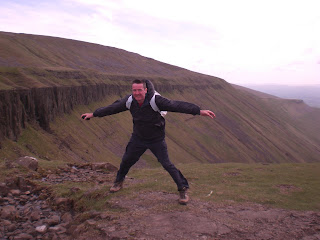 The only low point of the day was the seven mile slog back to the car facing into the wind, however hot tea, wine gums and good company kept our spirits high.

I only wish i was a better photographer as my pictures dont really capture the wildness, the open expanses of moorland and the lack of mans interference in this beautifull solitude. 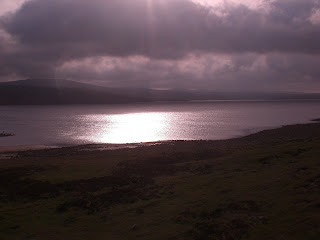