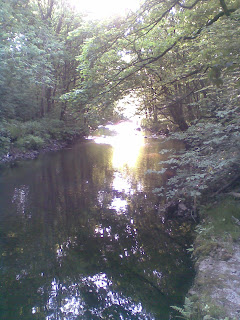 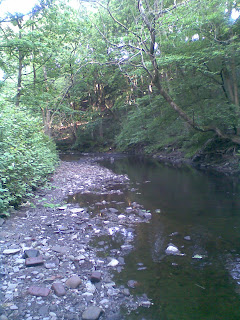 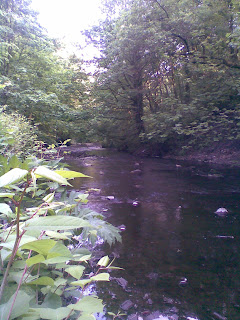 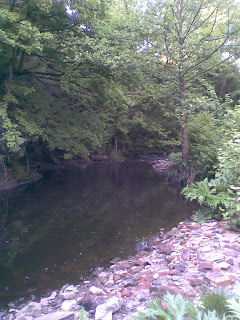 I had an hour free between appointments this afternoon so i used the time to explore a new river only 2 miles north of Phils house. After climbing down a steep embankment i discovered this lovely stream.
I still find it amazing that i can come across streams/rivers such as this where relatively few people visit and even fewer fish in the centre of an urban connurbation such as Manchester
Trout and Chub were rising in the shallow pools and i disturbed a kingfisher which was catching its dinner.
After following the course of the river downstream i came across a young boy fishing, who told me he had already taken three trout to about a pound using worm and stick float. He told me that other than his friend he had never seen anyone else fishing this river.
Unfortunatley i got a little carried away, and forgot to check my watch – i arrived at my appointment late, a little more disheviled than usual, with mud all over the bottom of my trouser legs and shoes. Good job ive known this client for a while now !

I cant wait to give this river a try tomorrow evening after work.