As this years ridiculous chase for species of fish continues (this is the last time I’m going to do this challenge (Promise)), I decided to take a trip up to Borwick in Lancashire to try to catch my first ever grass carp and catfish.
On Friday, my main line of attack was ground bait method feeder with sweetcorn on the hook, and a second rod with a dead lip hooked rudd.
It wasnt long before the method rod ripped round and I was into a good fish which had the clutch screaming. It screamed all the way into a snag, and that was the end of that. Grass carp, big common or catfish i could only guess but it was a big fish and i was gutted not to catch it.
I had a couple of Ghost Carp soon after and then Paul and I started to catch some grassies up to about the 4lb mark.
Nothing on the catfish rods though. 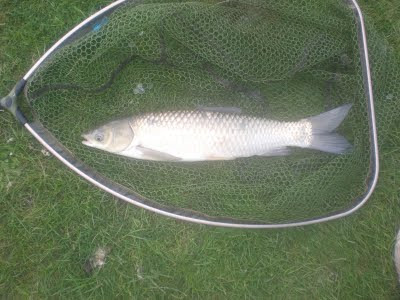 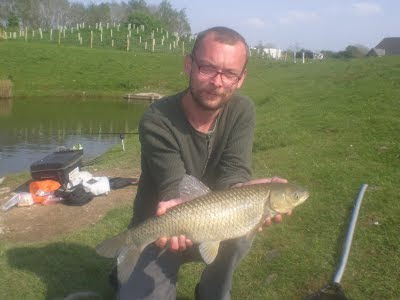 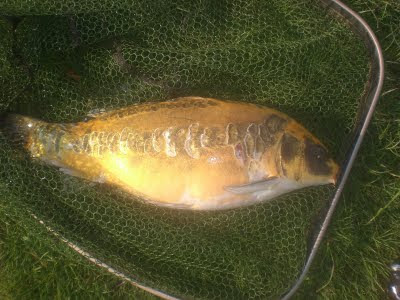 We returned on Bank Holiday Monday determined to catch moggies. The fishing was very similar to Friday – But i decided to try luncheon meat instead of the methofd I had a run on my dead rudd which resulted into a fresh air strike. Paul had a couple fo runs later in the day which gave him his first ever Catfish – a pot bellied little kitten of about 5lbs.

I got a little bored of watching a motionless rod tip so for the last hour sprayed some maggots about and caught a rudd a chuck on maggot waggler up in the water. I’m sure these catfish will soon grow on to prodigious sizes as the lake is packed with 2/3oz rudd. 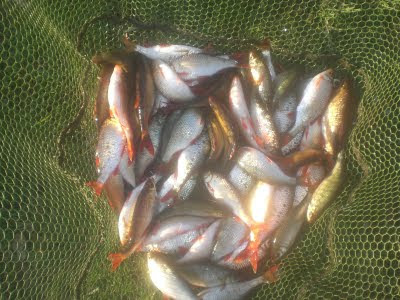 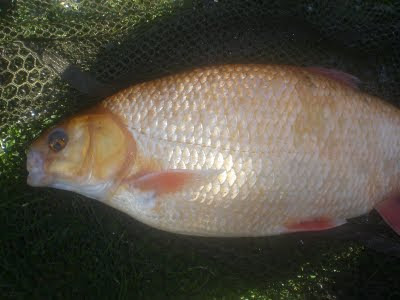 I also nabbed myself a 2lb golden orfe on maggot so yet another tick off the list takes me to about 18 species for the year and were only 5 months in.
Not a bad result for 2 days of fishing in an Easterly gale.
manchester fishing Irwell Ribble Trout