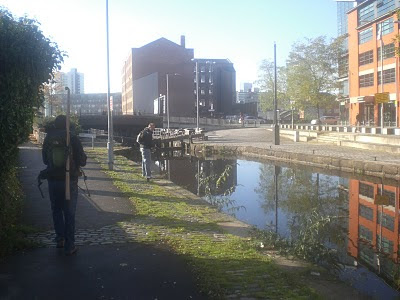 Our day on the canal started off in bright sunshine – great for two of us but not so good for the hungover member of our trio. We parked the car amongst the old warehouses of Ancoats and made our way to the Rochdale Canal, where we tackled up with lures and traces. Leapfrogging our way down the towpath, the canal seemed to be devoid of fish until this monster committed hari-kari on this “natural”looking mini lure. 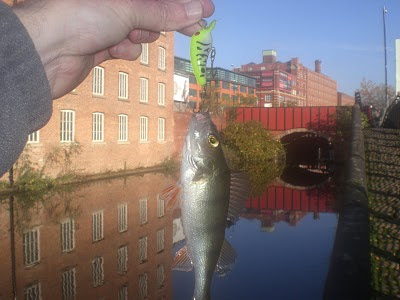 Once we got as far down as Piccadilly basin, i was wondering if the bright sunshine had put the fish down, so i put on an old favourite of mine, the bright green bottom grubbing Big S. Five minutes later I was into my first Jack of the day. 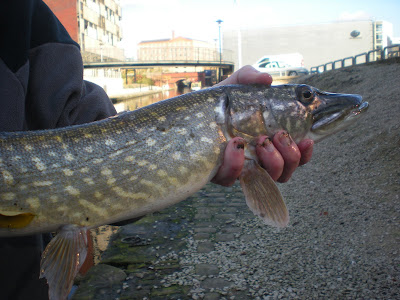 After this early success, i unclipped my lure and passed it over to Tom, to see it would help him break his duck – it didnt take long for this lure to attract more interest – and Tom was unlucky to loose a fairly decent fish pretty much immediately after tying it on

As lunch time was approaching – we thought it would be churlish of us to miss out on the delights of the Jolly Angler pub which is less than a minutes walk from the canal bank. 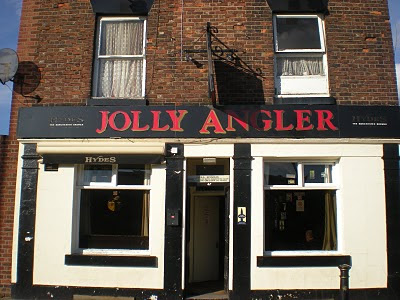 After taking appropriate Saturday afternoon refreshments, we made our way down the canal towards Castlefield. I had another little perch with eyes too big for its belly, but we couldn’t get any more action with the Pike. It was a good afternoon though, as we got to see Manchester from a different perspective. Our afternoon was finished off in the Knott Bar – fantastic real ale. 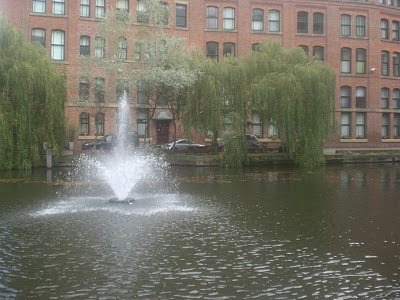 Outside the Bridgewater Hall 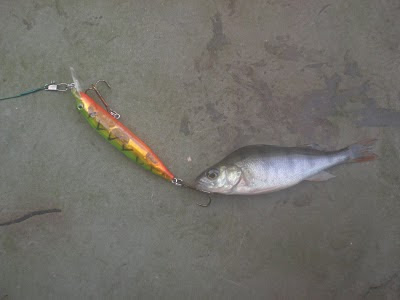 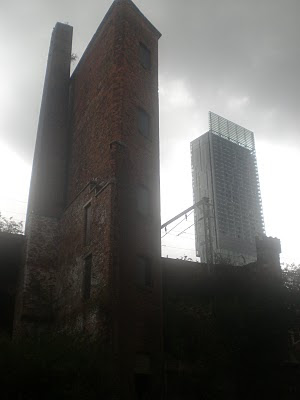 A 19th century tower block, and a slightly more modern one.

This Sunday, I think a few hours on the Irwell will be in order. I’ve yet to have a river pike over 10lbs and its about time I hit lucky.
manchester fishing Irwell Ribble Trout